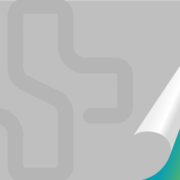 That said, Aetna is currently ranked as the best medical coverage in Florida, assuming that it is accepted by your doctors. It is one of the most affordable insurance plans, both for individuals and companies.

Aetna has Affordable Care Act (ACA) plans that can be as little as a few hundred dollars per month depending on your age. They also have special student coverage, with plans covering university students.

Is Blue Cross Blue Shield the Same as Florida Blue?

Florida Blue is a subsidiary of Blue Cross Blue Shield, which is a nationwide provider. Florida Blue offers PPO plans (as opposed to HMO plans) which give participants significantly more flexibility in choosing their doctors and providers.

PPO plans are especially good if you have long-standing or chronic conditions where you have come to rely on a certain set of medical providers who know you and your personal challenges intimately. Being able to rely on the same doctors, and not have to change just because you take a job with a new company, is a major benefit.

Florida Blue is also considered one of the best coverages for people who are on a fixed income.

How Much Is Health Insurance in Florida per Month?

When it comes to the best health insurance companies in Florida, as far as monthly premiums and affordable health insurance, things are a little different. Checking the Florida Health Insurance Marketplace can give you good ideas of what is available for short-term plans, individual and family plans, prescription drugs, and more.

The same study states that the best price for health care plans in the state of Florida is through either Blue Cross Blue Shield or Cigna, something which holds in virtually every county in the state.

Want to see what options you have for health insurance in Florida? Request a quote today.

Ways That Meditation Could Help The Brain

Is It Worth It To Buy Travel Insurance?
Scroll to top