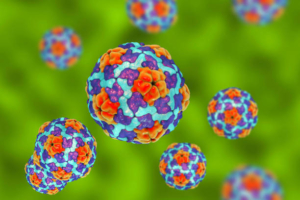 The US Food and Drug Administration is investigating a potential link between a hepatitis A outbreak and fresh organic strawberries.

The FDA with the US Centers for Disease Control and Prevention, the Public Health Agency of Canada, the Canadian Food Inspection Agency and state and local partners, said the strawberries were branded as FreshKampo and HEB and purchased between March 5 and April 25.

The potentially affected strawberries are now past their shelf life, but people who froze them for later use should not eat them.

FDA also recommends that anyone who purchased and ate the strawberries in the last two weeks who hasn’t been vaccinated against hepatitis A should consult with a healthcare professional to determine whether post exposure prophylaxis is needed. Anyone who thinks they may have symptoms after eating the strawberries should contact their health care provider.

Symptoms of hepatitis A usually appear two to seven weeks after infection and typically last less than two months. Not everyone has symptoms, and some people can be ill for as long as six months.

Symptoms can include yellow skin or eyes, not wanting to eat, an upset stomach, vomiting, stomach pain, fever, dark urine or light colored stools, diarrhea, joint pain and feeling tired. Adults are more likely than children to have symptoms if they are infected.

You Can Use These Steps To Break The Habit Of Smoking

Is The Answer To Saving the Earth in Lab-Grown Meat?
Scroll to top